The Secret Life of Prisons 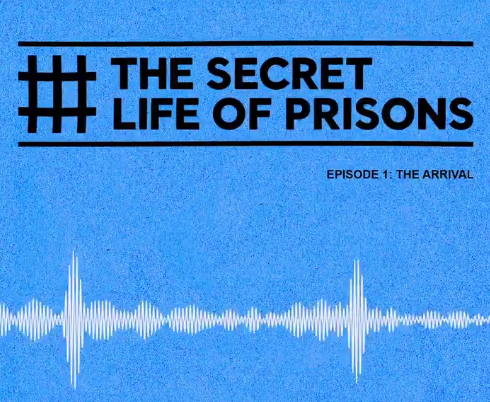 Earlier this year, we took part in the production of a podcast called The Secret Life of Prisons produced by www.wearestraightline.com

In a 4 part special, Peter Yarwood shared some of his experiences with his time in prison and the Criminal Justice System along with his story of being released and the bumpy path that followed.

Listen to the Podcast

” In Episode 1 of The Secret Life of Prisons, hosts, Phil Maguire and Paula Harriot hear stories about The Arrival into prison. They hear from poet and performer, Brenda Birungi (aka Lady Unchained), music entrepreneur Curtis Blanc and former MP and conservative cabinet minister Jonathan Aitken, about their respective arrivals into prison. “

“In this episode of The Secret Life of Prisons, Phil and Paula hear what it’s like to live in The Cell. Wrongly-imprisoned journalist Raphael Rowe and author and blogger David Breakspear share their stories of living in a cell.

Carl Cattermole is an award-winning dramatist and author, he writes and delivers a powerful piece about living in prison. Dr Kimmett Edgar reflects on the true meaning behind prison related headlines and statistics. And poet, Mr Gee, delivers his poem at the end of the episode, written during the recording.”

“In this episode of The Secret Life of Prisons, Paula and Phil ask what’s it like to visit a family member in prison? Author of the award winning blog ‘Prison.bag’, Josie Bevan and her daughter Tala, talk about being regular prison visitors.

Carl Cattermole delivers a powerful piece on prison visits, poet Mr Gee performs an original poem written during this recording and Dr Kimmett Edgar reflects on the truth behind the headlines and the statistics.”

“In Episode 4, Paula and Phil hear stories about the road back out of prison, in The Release. Ruth Devent and Peter Yarwood both share their stories of being released and the bumpy path that followed. James Timpson, CEO of Timpson, reveals the many reasons his company chooses to employ people released from prison.

Carl Cattermole writes and delivers a powerful piece on being released and the poet Mr Gee performs an original poem about life after prison.”